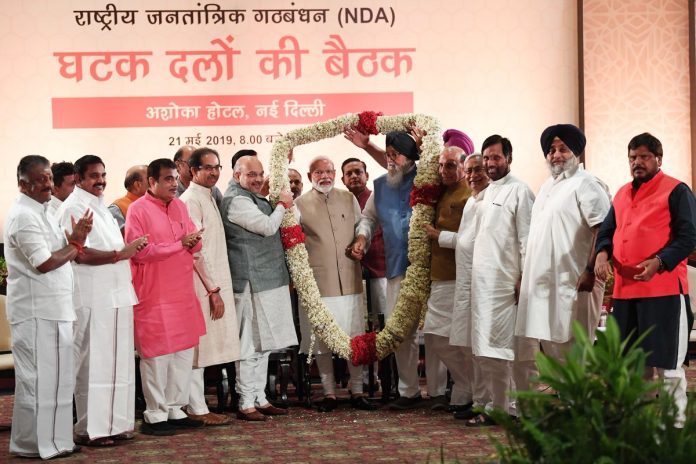 The election results are out and it’s time to celebrate the victory of the people in the world’s largest democracy. The Indian populace has given the current government a clear mandate on their work. This speaks volumes to the naysayers that called this outcome regressive. With this outcome, it’s expected the government will continue the development of roads, trains and infrastructure at a faster speed. Given the clear majority of the BJP, the top 5 expectations are (not necessarily in that order but, a must to complete in the next 5 years):

Foreign media have covered these elections in detail. From “Times” calling the sitting Prime Minister, “The Divider In Chief” to The New York Times, which seemingly underlined sectarianism, we have seen a multitude of so-called pundits try to influence the voter. We also have local home-grown media “giants” who seemed to bemoan the waning influence media has on the electorate.

While the above mentioned tasks may seem to be tasks that should have been completed earlier, the issue of Ram Janma Bhoomi is in court while 35A and 370 would require a complete majority for the BJP (not the NDA). While that majority did exist previously, it also required the partners, at the time, to buy into this. At the time, the partners probably hesitated, given this was their first venture in the driver’s seat. Hopefully, when all the dust settles, we will see a majority good enough to repeal these articles. Triple Talaq passed thro’ the Lok Sabha but was stuck in the Rajya Sabha. With the results from this election now in the books, and from state elections in the past 5 years, it would be probably right to estimate majority, for the BJP, in the upper house.

Some of the results were expected, like Amethi, a small town in the state of UP, which had seen a radical change in the past 5 years, ever since Mrs Smriti Irani, despite losing, made it “her constituency”. The Congress has been decimated around India, while, in my state of origin, Karnataka, the local ruling coalition seems to be in for a rocky ride ahead. Given the penchant for theatrics by this coalition, it wouldn’t surprise me, or anyone of you, if the head of this coalition decided to move away from the limelight for a time. The last reports suggested that the BJP had over 24 of the 28 seats, while the uneasy coalition had a mere 4 seats. While, to the people who think the glass is half empty, this may not be a big deal, the fact remains that this shows a significant shift in people’s thinking. The case of West Bengal is worth mentioning. Where the BJP didn’t exist politically, to be able to get over 20 seats shows the level of frustration the people of that state feel towards the current state administration. Other “strong” candidates from the Congress like Digvijay Singh also ended up biting the dust! This shows how the people value the development that has happened around the country.

What caused this landslide victory? After all, the Congress has faced significantly greater odds previously, and had pulled out a victory. First of all, when the whole election is fought on the single-point agenda of “Modi Hatao – Desh Bachao” (Remove Modi – Save The Country), it shows a lack of imagination and political maturity on their side. To this, if you add the sycophancy that prevails within the Congress, it becomes painfully obvious, this is not a party that can govern a country, the size of India. Sycophants are essentially blood suckers and pull any party down, more so a party like the Congress. Thirdly, to talk about handing the bottom 20 % of the population Rs 72000 per year is ridiculous! This would drain the exchequer and take the country back 40-50 years. The Congress’s inclination towards socialism was apparent in this kind of irresponsible statements. Socialism, someone should have told the president, has failed miserably! To the amazement, and shock, of people, the previous Finance Minister backed this plan while Sam Pitroda stated that the tax structure needs to be revised. If this was not enough, Sam, at a different time and location, seemed to lose his mind when saying, in reply to a question about the ‘84 Sikh genocide, “Hua to Hua”. Someone to, so nonchalantly say, loosely translated, “so what if it happened“ was, by all estimates, the last nail in the Congress’s coffin. This did turn the undecided and many supporters against him, and through him, the Congress.

So, where does this leave India? The road ahead looks rosy which bodes well for the relieved populace. After all, once one tastes development, any step backwards looks regressive and uninviting. People want a government that would take the country on par with the developed nations around the world.

So, dear readers, let me ask you: How’s The Josh?