In the pre- COVID-19 period, India had its own endemic. India witnessed extensive violent protests against CAA, NRC and NPR. Here are some facts that the world must know.

CAA has been aimed to provide human rights to Religious Persecuted, Minorities, Refugees from neighboring countries, living in India, for at least 10 years at the time of implementation of the Law. Have you ever heard in a civilized world, a group of human beings, being subjected to FOUR required qualifications, (i) On account of Religion, (ii) Persecuted, (iii) Minorities, (iv) Refugees for at least 5 years, to be granted human rights and some people violently protesting against that? And further, certain persons outside India supporting and justifying those protests and crying for violation of human rights of the protestors? Humanity has gone in a weird loop.

Here are the FACTS:

b. The Criminal Law (Protection of Minorities) Bill, 2015, passed by Sindh Assembly in December 2016, rejected by the Governor at the Instance of the National Govt (PPP). Anti- Forced Conversion bill rejected in Sindh Assembly in 2019.

Here below are pictures from the Refugee Camps in India for the persecuted. 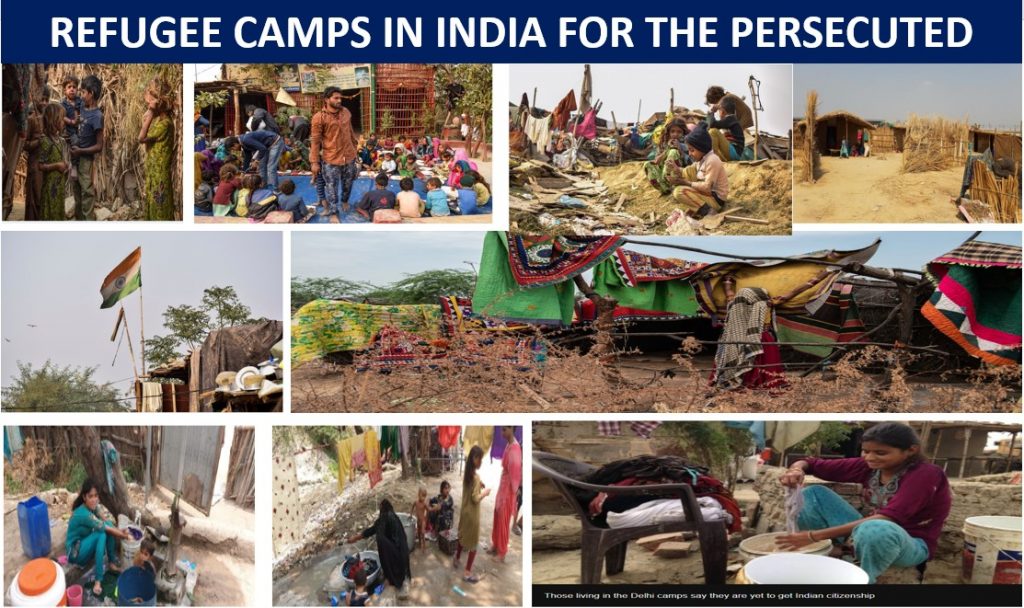 Does anyone need any more evidence of persecution of religious minorities in Pakistan?

There are umpteen more reports and heart- wrenching videos, which you may find here: Google

Warning: Many, if you see; you will lose your appetite. Those are so disgusting, so inhuman, so uncivilized.

Is this Persecution Institutionalized there?

The most gruesome fact is that it is institutionalized persecution there.  Please take a look at EU Report, 2019, referred above.

Also, take a look at some statistics of decimation of minorities in Pakistan, Bangladesh and Afghanistan, as given below: 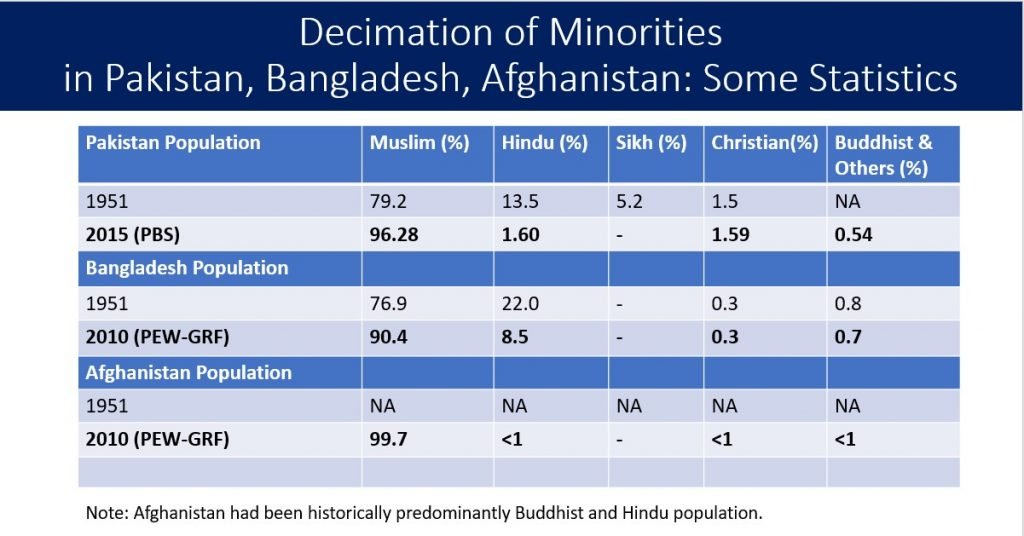 What are the Expectations of those Religious Persecuted Minority Refugees?

The basic expectations of those religious persecuted minority refugees are (enough to put humanity to shame) just:

Passed by Democratically elected (by 600 million voters) Parliament of India

How many pages is it?

The Citizenship Act, 1955
(as amended, time to time, multiple times).

CAA, 2019 provides an opportunity of citizenship of India to members of the minority community, persecuted for religious reasons, of three bordering Islamic Countries of Pakistan, Bangladesh and Afghanistan, who have been refugees in India, subject to three conditions:

Is it tenable? is it logical?

You want Religious Majority Community/ Ruling Religious Community of those countries also included, because they may also be persecuted for religious reasons.

If they are persecuted for other than religious reasons like freedom of speech and expression in their home country, they can apply for asylum/ citizenship under the relevant laws of India, as they have been doing for years all over the world, including India.

But make no mistake, their track record in host countries, after getting naturalized is so bad that those, who allowed them in, are repenting; and others are totally put off. UK, France, Germany, Belgium, USA, Australia, Russia are the cases in point.

It is an opportunity for those who have been persecuted and have already fled for years (as of 2014, 5 years; as of 2019, 10 years) from Islamic (religion- based) bordering countries and lived in India. And it is not just for Hindus. It includes all other minorities, namely, Sikhs, Buddhists, Jains, Parsees and Christians.

In the opinion of sane voices: it is too little, too late.

CAA has been implemented in India wef Jan 10, 2020, despite malicious propaganda, all over, all these days. Thanks to the humane, determined leadership of India.

Is it being done first time on this planet?

If anyone wants to know, please read Lautenberg Amendment of 1990, in USA.

Incidentally, this amendment is being renewed in USA every year, ever since 1990.

Readily available is a USCIS link:

Which country in the world doesn’t have a count of their citizens?

You want to plan for your citizens, must you not know who they are and how many are they?

What were they protesting?

No count of citizens.

For providing daily services of life like electricity, cooking gas, petrol, health, education, etc. in any city, town or village, don’t you need to know the count of residents?

Please name one country, county or city, that is well managed, does not have this count?

Does India need NRC and NPR, both?

The answer is Yes!

Indian Income Tax Act, 1961 already has a definition of  Residents and Non- Residents and it counts, and it is the same that NPR has adopted.

This article was compiled by Indian residents of Arizona, USA.