Humankind is interested to know everything in the universe. The curiosity to know the unknown scientifically resulted in exploring the every aspect of space through various space missions by various organisations like ISRO, NASA. The imperceptible longing to explore and challenge the confines of what we know and where we have been has provided benefits to our society for periods.

Benefits, which are ignored by many:
-New technologies that can be used in other industries and society (such as the development of communications satellites)
-Improved knowledge of space and the origin of the universe
-Cultural benefits

The advance of artificial satellite technology was an unswerving outcome of space exploration. Since the first artificial satellite (Sputnik 1) was launched by the USSR on October 4, 1957, thousands of satellites have been positioned into orbit around the Earth by more than 40 nations.These satellites are used for a variety of applications including observation (by both military and civilian agencies), communication, navigation, Bio medical research and weather monitoring.

Communications satellites are used for a variety of purposes including television, telephone, radio, internet and military applications. Space stations, space telescopes and spacecraft in orbit around the Earth are also regarded as satellites.

How is India faring in space exploration?
Indian Space Research Organisation (ISRO) has been playing a pivotal role in space exploration and bringing glory to our great nation and helping our defence forces, government, society and industry at large. In the 1970s, Indian space missions with USSR assistance initiated launching of first two satellites.

Modi government after assuming office in 2014, increased budget to 6000 crore, 50% more than 2013-14 budget. Every passing year the budget is being increased, this year’s budget is almost 14000 crore. Significant increase in budget over the last 7 years, augmented payload capacity with improved reliability, better launch frequency and many “firsts” in this decade had made Indian space program far more evident to world with substantial coverage from global media. The last launch of the decade marked with accomplishment of 50 launches of PSLV rocket. In last 7 years, 58 satellites have been launched by ISRO out of total 128 satellites (8 failed) launched in 50 years, highest ever. The plan is even bigger. Though NASA is far ahead of us in space exploration, however a big pool of Indian engineers and scientists contribution in their programs cannot be ignored.

While India had to face failure in launching relatively heavier satellites earlier, it did end up launching 27 geosynchronous/geostationary satellites (17 with indigenous, and 10 with European launchers). It managed to launch most of its geosynchronous/geostationary satellites efficaciously on its own. This period also saw India enter the elite club of nations capable of launching probes to Mars. ISRO also enhanced upon its student/university outreach by launching multiple pico-, nano- and mini-satellites from various Indian universities. Last few years were also marked by multiple bilateral collaborations with foreign universities and research organizations. We have seen the completion of NAVIC, India’s regional navigation system.

Private players increased subcontracting across the nation enhanced launch frequency by a factor of more than two. India was able to fix glitches and operationalise its Geosynchronous Satellite Launch Vehicle with an indigenous upper stage and operationalise next generation launch vehicle GSLV Mk III with nearly double payload capacity, enabled the country to launch nearly all of its communication satellites. India launched its delayed Moon mission Chandrayaan-2 in 2019 which however unsuccessful to conduct soft landing on lunar surface. India also established and demonstrated capability to destroy “enemy” satellites in orbit. Increased application of India’s space capabilities in consolidation to its national security was witnessed.

ISRO aims to conduct 50 launches by 2024. Besides increasing the launch frequency to 12+ a year, a number of extraterrestrial exploration missions including Aditya L1, Chandrayaan-3, Lunar Polar Exploration Mission, Shukrayaan-1 and Mars Orbiter Mission 2 are planned for this decade. A mission to Jupiter after Shukrayaan and a mission to explore beyond Solar System have also been proposed. PSLV is expected to undergo its 100th flight mission in middle of the decade. India’s new low cost Small Satellite Launch Vehicle is expected to make its maiden flight by end of 2021 while SCE-200 which is expected to be the powerplant of India’s upcoming heavy and super heavy launch systems, is expected to make first flight sometimes in middle of the decade. Conducting an orbital human spaceflight before August 2022 is the highest priority for the agency while the long term goals of the programme include manned space stations and crewed lunar landing. (Source: List of Indian Satellites, Wikipedia)

Let’s wish for the entire team of ISRO and related agencies for the success of upcoming space missions. Let our programs unite nations for betterment of society, nation, world and environment. 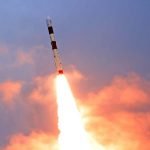