New Delhi, May 6(by Natalia Ningthoujam): The Kings, a hip-hop dance crew from Mumbai, are the new rulers of the American reality television show “World of Dance”. Their choreographer Suresh Mukund says after this victory, the 15-member crew is done with dance competitions.

Talking about the group’s last performance at the competition, Mukund told IANS in a telephonic interview: “We did a ‘Baahubali’ act in India two years ago that went viral, so I knew the concept of cinematic feel and slow motion will work for sure.

“I kept that for the finale round. Coincidently, they asked us to do a performance with a cinematic theme in the finale round. I knew they wouldn’t understand it (‘Baahubali’) as it’s not a Hollywood movie. Then I planned to do it in Spartan style.”

The show’s judge Ne-Yo called it the “greatest action film” he has ever seen, while Derek Hough thought they “altered reality”. Jennifer Lopez was happy to be surprised by their act.

This isn’t Mukund’s first stint at a dance show. He and Vernon Monteiro were part of the Fictitious Dance Group which participated in dance reality shows like “Boogie Woogie”, “Entertainment Ke liye Kuch Bhi Karega” and “India’s Got Talent”. Later his crew, Kings United India, bagged the bronze at the World Hip Hop Dance Championship.

Asked about competitions, he said: “I feel that in order to grow in any talent-based field, you need to compete so that you can improvise yourself. When we won bronze, I thought that we would stop competing as that was a really big achievement.

“But then I started following other dancers. I noticed that their level was going up. They were coming close to us, so that was the time when I thought that we have to do something to show that we are the best.

“World of Dance” provided them the platform to prove that they are the real “kings” of dance.

“It was about all the dance forms coming together on one platform. I thought that if we win this, we will be the best in the world. We also had the opportunity to go for ‘America’s Got Talent’, but then we got ‘World of Dance’ first,” he said.

“The Kings (managed by Qyuki) will no longer compete at dance competitions now. We have already achieved the world’s best dance group title. My team is pretty settled right now and is doing shows worldwide,” added Mukund, who was one of the inspirations for the Bollywood film “ABCD 2”.

As for him, he is flooded with offers from channels to judge dance-based reality shows.

“That’s on my bucket list. I also want to enter Bollywood as a choreographer and ultimately, a film director,” said the 31-year-old, who had served as an assistant director on “ABCD 2”.

“I want to work with Ranveer Singh. It’s a dream,” added Mukund, whose group danced to songs like “Tattad tattad” and “Malhari” that were picturised on the Bollywood actor. 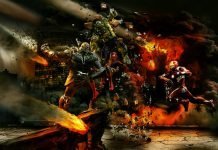