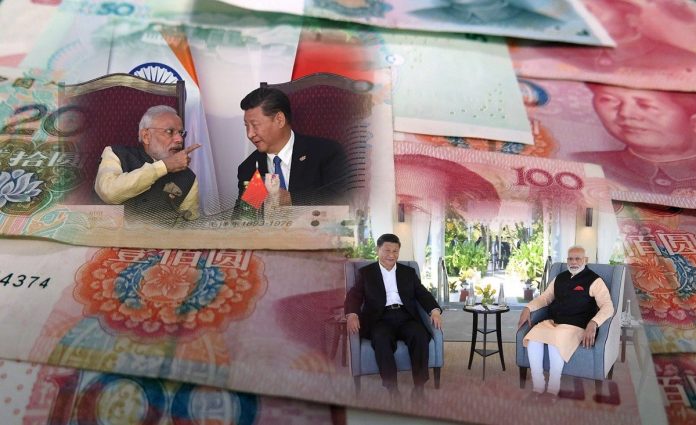 Markets across the world have gone down due to the effect of Corona Virus Pandemic and China is not stopping short of making use of this opportunity. China is buying shares at a much cheaper price and increasing its stake in many major companies worldwide whose stock prices are trading at a much lower rate.

As per a study by a Netherlands Think Tank, China Overseas Shipping Company (COSCO) owns 90% of the only terminal operator in Belgium. COSCO has a 51% stake in and managerial control of port terminals in Valencia and Bilbao, Spain along with some minority stakes in other terminals in Antwerp, Las Palmas and Rotterdam.

The think tank quotes “Chinese investments in European seaports have increased rapidly in recent years. This process has triggered a debate in Europe on the significance of, and how to deal with, growing Chinese influence in European ports. This process is part of China’s Belt and Road Initiative (BRI) – in particular, its maritime component, the Maritime Silk Road (MSR) – and is among the economic and geopolitical effects of China’s growing role in global affairs”

As per a report by Kenneth Rapoza of Forbes magazine even NATO sounded the alarm this week, though without naming names.

“The geopolitical effects of the pandemic could be significant,” said NATO Secretary-General Jens Stoltenberg in web conference of defense ministers on Wednesday. “Some allies (are) more vulnerable for situations where critical infrastructure can be sold out,” he said.

Economic Times had reported on April 3 that China-backed funds are seeking to buy Indian financial assets after the Covid-19 outbreak caused a major slump in the valuation of local companies.

Alarmed by this Modi govt has proactively curbed the Chinese advances by amending the FDI policy to not allow funding via the automatic FDI route.
There are two ways a foreign company can invest in India:
The new amended FDI policy requires foreign entities that share a land border to get Govt approval prior to acquiring any stakes in Indian companies.
Below is the letter of amended policy share by Press Bureau of India:

The Government of India has reviewed the extant Foreign Direct Investment(FDI) policy for curbing opportunistic takeovers/acquisitions of Indian companies due to the current COVID-19 pandemic and amended para 3.1.1 of extant FDI policy as contained in Consolidated FDI Policy, 2017. Department for Promotion of Industry and Internal Trade, Ministry of Commerce and Industry has issued Press Note No. 3(2020 Series) in this regard. The present position and revised position in the matters will be as under:

3.1.1(a) A non-resident entity can invest in India, subject to the FDI Policy except in those sectors/activities which are prohibited. However, an entity of a country, which shares land border with India or where the beneficial owner of an investment into India is situated in or is a citizen of any such country, can invest only under the Government route. Further, a citizen of Pakistan or an entity incorporated in Pakistan can invest, only under the Government route, in sectors/activities other than defence, space, atomic energy and sectors/activities prohibited for foreign investment.

3.1.1(b) In the event of the transfer of ownership of any existing or future FDI in an entity in India, directly or indirectly, resulting in the beneficial ownership falling within the restriction/purview of the para 3.1.1(a), such subsequent change in beneficial ownership will also require Government approval.

The above decision will take effect from the date of FEMA notification on 18APR2020.