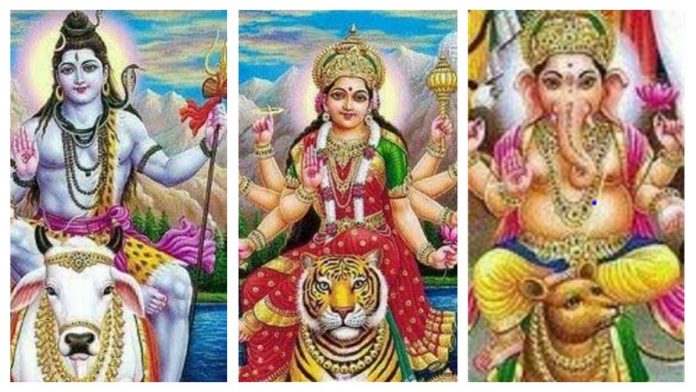 Many of you might have participated in the icebreaking or warming up or fun session of corporate training. I had an opportunity the other day. Before the arrival of the instructor, our training manager, to essentially fill the time, asked a question to all of us. The question was: If you have your wish, which animal would you like to be?

Participants gave different answers including Lion, Tiger, Dog, Hyena, Eagle, Sparrow, Peacock, etc. When my turn came, he asked what would you like to be? My answer was, Lion. He quipped, no surprise.

His answer tossed me into thinking. How he knew even without me telling him? And the thought that descended on me was that he must have noticed my stance and behavior in the office. To be honest, I have been a bit dominating guy. I like to prevail upon.

The finest thought I got was when next day I went to the coffee area. That training manager had put toy animals in the coffee area with names of each of us as we had expressed our wish the previous day.

Hyena: Charles, Sparrow: Janet, Eagle: Jason. Lion: Sat, and so on.
What those toy animals signified was a visual of the predominant mindset and behavior of each one of us.

I walked up to the training manager and said, thank you. Thank you for giving me a new perspective to my thoughts about Hindu Gods and Goddesses.

I have seen ‘Mata Vaishno Devi mounted on a Lion’, ‘Mahadev Shankar mounted on Nandi (Ox/ Bull)’. The most intriguing has been, ‘Ganpati Ganesha mounted on a Mouse’.
So, it was not their mode of transport, as some ignorant perceive and vigorously argue, how could it be? How could it be that Ganesha rides a mouse? It was a visual of their nature, qualities and behavior.

And Ganesha had the character, attributes and behavior of deep finer analysis, granularity, like the character of a mouse, cutting anything into small, finer pieces. Ancient Hindus were the real original visualizers. They knew the power of visualization thousands of years back. The visualization industry is being seen as a new growth area of the 21st Century.

When I shared this experience with my Grandma, she said, O’ this is exactly as it has been. Your Grandpa never had a horse, but he was always called, ‘Gurd Swar’ (mounted on a horse) meaning always in a hurry.

And then she took me to an altogether different level of thought. She said, do you know which is the oldest language of the world? I said it has been debatable. But possibly Sanskrit.

She said, Sanskrit or Tamil or something else. I am not talking of any of those.
It was the signs and symbols that is the oldest language. And Interestingly, this is most extensively used in modern life also. A picture is worth a thousand words, goes the saying.
You see those mathematical signs and road signs. Do you know about semaphore, a system of sending messages by holding the arms or two flags or poles in certain positions according to an alphabetic code?

All those visualizations of the nature of Hindu Gods and Goddesses signify manifest forms of the unmanifest phenomenon. Currently, there is Navratri ( Nine sacred/ auspicious days), when Hindus worship Goddess Durga, the manifest form of the unmanifest phenomenon of the Cosmic Mother Energy. Then there will be Dussehra when they celebrate victory of the phenomenon of Good, in the form of Ram, over the phenomenon of Evil, in the form of Ravana. And then there will be Deepavali, the Festival of Lights, as it has come to be known in the West and celebrated all over. Lighting the diyas (earthen lamps) and candles are the form of the phenomenon of light prevailing over darkness, knowledge over ignorance, and truth over falsehood.

I said, thank you, Grandma. Your knowledge has certainly prevailed over my ignorance today.

Author would like to thank Mr. Subhash Chandra for his preview and suggestions.