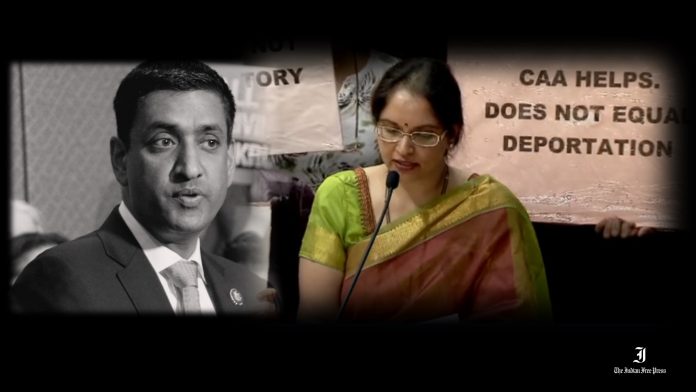 On the 3rd of February, 2020, in a “packed hall” on the 4th Avenue in Seattle, the city council passed a resolution against the CAA/NRC. Two questions came to mind when I read of this ridiculous resolution:

1. How does this affect India? CAA is a law applicable in India, passed by an elected Parliament with the vote of 1.3 billion people, that provides citizenship to persecuted minorities from its neighboring states, so get used to it. Your condemnation doesn’t make any difference to the people of India! The author of this resolution is, not surprisingly, an Indian. Ladies and Gentlemen, I’d like to introduce Kshama Sawant to all of you! Ms Sawant is a socialist who, unable to deal with the poverty within the US decided to go into politics to, rightfully so, solve the poverty and homelessness. Noble cause that, and definitely needs applause. What is confusing, however, is how this ties into her political ideology. Yes, the very same ideology that the USSR was shackled with and fought hard to get out from under. Socialism also propagates public owned businesses and property, something alien to capitalists within the USA. If that were to happen, many of today’s millionaires would be back to owning nothing! Back to Ms Sawant. the idea that a resolution within Seattle would actually ring a bell in New Delhi is by no means novel, although I must say people in Delhi must be scratching their heads wondering who she is!! One of the first people that would get hit, if this country were to become socialist, would be the chief socialist himself, Sen Bernie Sanders. Guess who the star speaker on Socialist Bernie Sanders’s campaign trail is? Yep, the One and Only Ro Khanna, a multi-millionaire, richer than Bernie! Socialism would bring his millions down to a tenth of what it is today!

Aside: Speaking of Ro, I was watching an interview of his. Where he started off with a dazzling smile, that smile quickly vanished when he was asked about his anti-India rhetoric. While he said something about pluralism, what was obvious was his discomfort at the question, weeks before his face-off with Ritesh Tandon, a Republican with deep roots to the Indian community. How is CAA not pluralistic, when it brings in Christians, Sikhs, Parsons, Jains in addition to Hindus, Ro? No, that question was not asked but should have been. Before you think I’m writing about CAA/NRC, let me reassure you, this is NOT about CAA/NRC. This is about the perception that has been created around the CAA. The NRC is not even a gleam in the collective eyes of Modi/Shah, so let’s calm down!!

2. The second question that came to my mind was how does a city in a state (in the USA) define what should and should NOT be the law in a country 10,000 miles away? Has the Seattle City Council also passed a resolution against the building of a wall, that President Trump proposes? Has the city passed a resolution against the abject failure of the Chinese government in containing the Corona virus? Or the Uighur Muslims in Chinese “Re-education camps”? Or if they’ve passed a resolution against the Pakistani Government in the way they have isolated and are ill treating the minorities in Pakistan?We could go on and on with questions that would make the Seattle city council squirm in their seats. The author of this resolution will be hard pressed to explain her rationale in tabling this resolution and stifling the opposition prior to passing it! It is pretty obvious she came with an agenda when tabling this one. What that agenda is, would be anyone’s guess!

People have spoken against the need for such resolutions when we have more than our plateful of pressing issues to deal with. Let’s begin with what Ms Sawant came to handle, homelessness. The city of Seattle has over 14,000 people who need shelter(per a report by the Council of Economic Advisors report dated September 2019). The issues that Seattle, like any other city in the USA, faces are many fold bigger than some law that was passed in India. Crime in the city is something that should be worrisome to the council with statistics showing Seattle as safer than 2% of the cities in the USA. Let’s try focus on these issues that hamper OUR daily lives rather than focus on global issues.

People like Ms Archana Sunil have made every attempt to bring the Indian perspective to the, obviously biased, Seattle City Council. While we must collectively tip our hat to this young lady and others, we must also remember that it is nearly impossible to have a consensus across cities in this matter. Let’s hope other cities see the truth, for what it is, and act to better the lives of people within the confines of their city limits.