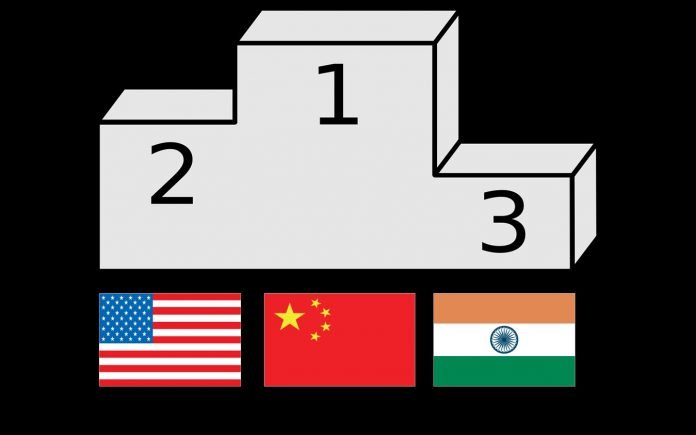 By nominal Gross Domestic Product (GDP), USA has been # 1 economy of the world. By purchasing power parity GDP, China has been # 1, USA # 2 and India # 3 of the world. India is the second-most populous country in the world. In terms of the median age of population, India has clear demographic advantage over USA and China.  As of April 2020, according to a Pew Research Center publication, while the median age, both, in USA and China is 38 years; it is 28 years in India. What has differentiated # 1 and # 2 from # 3 economy of the world? Let’s take a look at select financial and economic numbers, as in the Table below:

Despite the limitations of a point in time data, the above table, clearly highlights that the two biggest economies of the world, China and USA, have much higher GDP than India. Their rates of unemployment have been much lower.

The Differentiator is Credit

In terms of domestic credit, the picture is quite apart. While in the case of the top two economies, China and USA, domestic credit to GDP has been well over 110%. For India, it has been just around 20%. The direction for India is clear. If India wants to catch up with the USA and China, in economic prowess, India got to inject more money and credit in the system.

Ben Bernanke, the then Chairman of the Federal Reserve (Fed), the Central Bank of USA, after Great Recession of 2007-09, had taken great pride in 2010, saying that US economy has recovered much faster from the Great Recession of 2007-09 than it did from the Great Depression of 1929-32. The main differentiator was the quantitative easing or easy money or accommodative stance of the Fed. The Fed had implemented near- zero federal funds rate from 2008- 15. The Federal funds rate is the rate at which banks may borrow from each other to meet short term liquidity needs.

What one lesson that clearly emerges from the fiscal policy and the monetary policy of USA over the last 90 years, and later on of China, is inject money in the economic system to keep the wheels moving, to recover from recession or to expand the economy.

With regard to credit expansion in India , I may, however, add a caveat that in order to expand credit, the focus of India should not be on credit sanctions and disbursements. It has to be on credit absorption and productivity. The Gross Non- Performing Assets (NPAs) should, in no case, be more than 3-5%. Private banks and foreign banks in India have already been able to stay within that range. The Public Sector banks have been the spoiler. It is easily mendable. What can be readily done with the public sector banks to ensure that they stay within that range? That is for another time.

Dr. Sat Parashar, PhD, is former Director, IIM Indore. He currently teaches Money and Banking at the Rady School of Management, University of California, San Diego, California, and is a Financial Services Professional associated with MassMutual (Arizona). He may be reached at writetospp@gmail.com