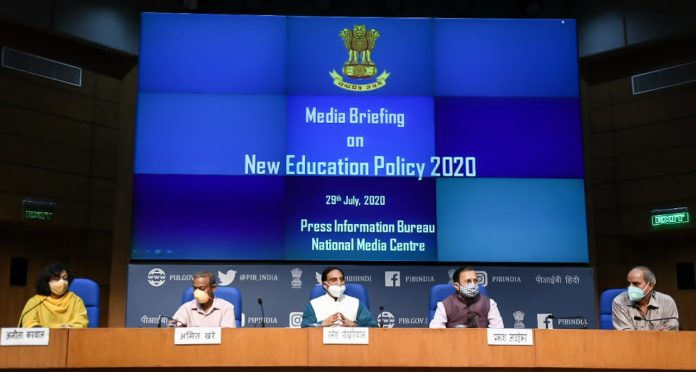 Do you know, what kind of human resources (citizens) India wants and needs? What is best worth knowing for Indian citizens? If your Education Policy doesn’t clearly and unambiguously answer these two questions, it is another opportunity missed. You don’t bring change by doing more of the same.

The present Indian education is famously or infamously known as the Macaulay education system. For a formal construct of that system, one may see English Education Act, 1835. To appreciate Macaulay’s role in developing the English Education Act, 1835, it is important to note that Macaulay was then a member of British Parliament. He belonged to Whig party. The Whig party was essentially a center-right party. British Parliament in 1813 had approved a grant for promoting the publication of Sanskrit and Arabic texts in (undivided) India. Macaulay was not in favor of that. As the future would have it, he was sent to India as a Legal Member of the General Committee of Public Instruction in India. He was then proposed to be the President of that Committee in 1835. At that time, he had very succinctly and clearly stated his position on the education system for India. It is readily available as Minutes of Macaulay of Feb 2, 1835. In sum, to put in his own words, he had said:
‘To sum up what I have said, I think it clear that we are not fettered by the Act of Parliament of 1813, that we are not fettered by any pledge expressed or implied, that we are free to employ our funds as we choose, that we ought to employ them in teaching what is best worth knowing, that English is better worth knowing than Sanscrit or Arabic, that the natives are desirous to be taught English, and are not desirous to be taught Sanscrit or Arabic, that neither as the languages of law nor as the languages of religion have the Sanscrit and Arabic any peculiar claim to our encouragement, that it is possible to make natives of this country thoroughly good English scholars, and that to this end our efforts ought to be directed.’

Macaulay was a perfect maverick and manipulator as he had said that either his proposal be accepted or he will not accept the position of President of the General Committee of Public Instruction. And his proposal was accepted. And he had also counted multiple benefits of English education for Indians. But like every manipulator, he had left a clue in his own words about his real intent.

You may consider this:
“We must at present do our best to form a class who may be interpreters between us and the millions whom we govern, –a class of persons Indian in blood and colour, but English in tastes, in opinions, in morals, and in intellect. To that class we may leave it to refine the vernacular dialects of the country, to enrich those dialects with terms of science borrowed from the Western nomenclature, and to render them by degrees fit vehicles for conveying knowledge to the great mass of the population.”