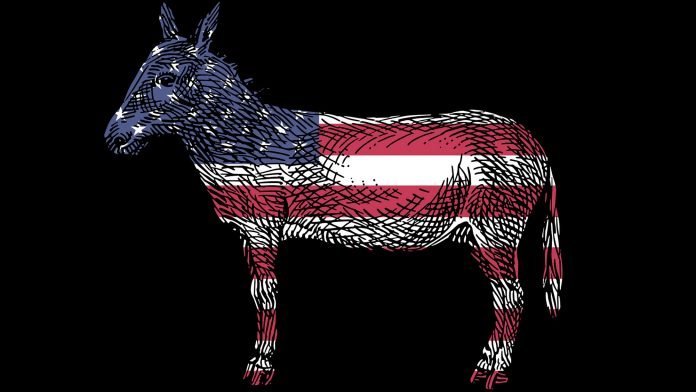 I have been told, by a few people, that I have the understanding of a door knob!! Offended!! Not me, but I’m sure the door knob is! Yeah, I probably have less understanding of my fellow democrats but talk to the actual democrats (the ones that are NOT going to give us the spiel about acceptance) and you will understand the plight of an original democrat. Yes, my dear readers, the people that fought for the employees, the teachers, the workers, the underprivileged, the downtrodden rather than pitting one community against another, or making the citizens of one country feel less welcome than another. That’s what today’s Democratic National Party(DNP)has become. When a presidential candidate can vociferously claim that the law of another country is prejudiced (without even understanding the law nor the reason for the law), it shows the party’s angle is now geared more towards vote bank politics than about caring. If you don’t think that’s true, then please explain to the Indian community how a law in India is considered prejudicial, when it specifically addresses an ill that’s being perpetrated in the neighboring countries of Pakistan and Afghanistan to the West and Bangladesh to the East?

To explain the situation, minorities in these countries (Hindus, Sikhs, Christians, Jews, Parsis and Jains) are being forcibly converted to Islam. While this in itself is not a big deal to those of us in the west, the sad truth is the young girls/women from these minorities are being abducted and forcibly married to men from the majority community. To give these minorities a respite, the Citizenship Amendment Act (CAA) was introduced in India, allowing the minorities from these countries (those that went to India prior to 2014) to become citizens of India in an accelerated environment. This is the path to Indian citizenship. In the USA, an immigrant has to wait for at least 10 years in order to become an American citizen, going thro the 5 years for The Green Card and then, 5 years to become a citizen.

Mind you, this doesn’t mean the Muslim refugees will not get citizenship. They will get to be Indian citizens but will not get it at the accelerated speed that other refugees would, and rightfully so, since they were not being discriminated against in their countries of origin. Nowhere in the law, does it mention revocation of anyone’s citizenship!!! I will challenge anyone to prove otherwise!!! In other words, it is akin to the Frank Lautenberg Amendment Act For Refugees(first enacted in 1990), addressing the persecution of Jews, Baha’i and Christians in the Soviet Union and Iran. If the CAA is illegal in the eyes of the DNP, then so is the Lautenberg Act!!! Frank Lautenberg, for those in the DNP who are unaware of him, was a Democratic Senator from my home state of New Jersey!!

The democratic party, that would previously fight against discrimination of communities, is now entering into an area that was previously unknown to them; one of communal allegiance rather than what they originally stood for. When organizations like the Equality Labs can be supported by the Democrats, what does it tell us? The “About Us” page clearly mentions this organization being against Hindus and Hindutva (an amalgamation of Hindu and Tatva, or philosophy). Rather than talk about how they’d benefit the other communities, this organization talks disparagingly about Hindus. This is an organization that has allied itself with the democratic party leadership with people like Senator Sanders having aides and campaign managers, not to forget congressmen like Ro Khanna, who are loyal to this organization.

While the aides of these representatives have been pointing fingers at India, and its laws, they have managed to stay away from the maiming and killing of minorities in the 3 countries mentioned above. Will the “esteemed” representatives have the time to talk about this, especially since 25 Sikh families have lost their loved ones, on the 26th of March, in Afghanistan? This was the latest of the brutalities that have regularly occurred in these three countries over the past decade or more! Let me answer that question: No, they don’t have the time in their very busy schedules to talk about Sikhs, Hindus, Buddhists and Jains as the DNP doesn’t consider these sects as worthy of their time! To be fair, these communities have hurt their own cause by being divided in their allegiance to any political party, sometimes choosing to be apolitical! The fact that every four years, the DNP sends me and others like me an email asking for contributions tells me that we are considered nothing more than cash cows! Our feelings be damned! Just give’m your money!! When we do raise our collective voice, you will see the change within my now former party, the DNP.

Unfortunately, the Indian population, as in India, is a dormant population that is looking for acceptance from the Caucasian population; yes, Caucasian and no one else! The very same white people that had the African American population subjugated; the very same population that had dominated India for a couple of centuries! We have moved up in every aspect of life but still seem to want the Gora Sahibs and Memsahibs to appreciate and accept us! When such is the case, why would the DNP even think of us or our well being?

Till we learn to stand tall and be the force that we can, I can only say God Bless America! उत्तिष्ठ भारत। जय माँ भारती