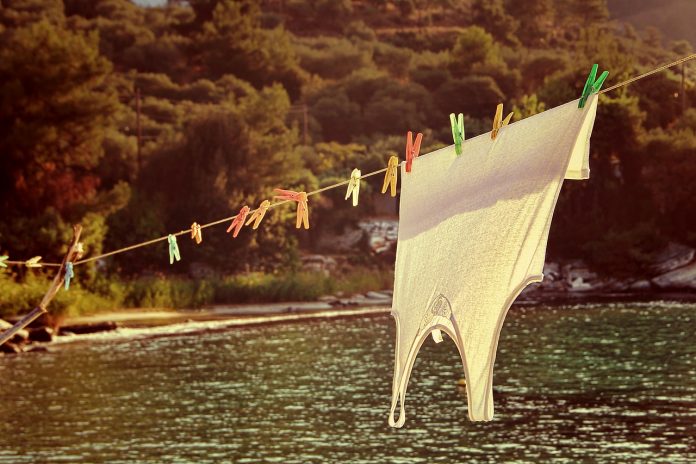 India has been immensely blessed to have produced great economists, two of whom have even received the coveted Nobel Prize. But there are far too many economists who have cropped up recently and every one of them pointing out how the Indian economy is going down after 2014 and especially after the government implemented ‘Demonetisation’ and the GST. For them, the very high inflation and lower GDP numbers before 2014 were never a factor. And the economy was booming from 2004 to 2014, despite multiple, uncountable-figured scams.

In a recent article, we were enlightened with a new dimension of economics where buying underwear indicates the status of a nation’s economy. Since underwear sales have gone down, they inferred that ‘Indians are not buying underwear and that shows how bad the economy is’. They probably tried to pull an Alan Greenspan, who theorized ‘Men’s Underwear Index’ in the 1970’s, albeit without any knowledge of him or the theory.

It is a well-known fact that almost all rural people in India do not wear branded underwear but usually wear a locally stitched ‘kachcha’ or different versions of the same. And there is probably no system to track the number of ‘kachchas’ sold by the local shops/tailors. That is more than 60% of India’s population, roughly 800million people. While the other 500million who live in urban areas wear the branded ‘modern’ underwear of brands ranging from Lux, Dollar, Rupa to Jockey, Calvin Klein, etc. These people have apparently reduced buying because there is a slowdown and they probably do not want to spend money on an “unnecessary” item!

The article goes on to explain that small retailers are unable to buy more inventory as their liquidity is hit by demonetisation and GST. Demonetisation was carried out in November 2016 and GST was implemented in July 2017. These same retailers performed very well until the beginning of 2019 and started seeing the “ill” effects of the reforms only in the third quarter of 2019, roughly after 3years. Hard to believe! Also, less than 40% of the population buying one inconsequential item determines whether a Nation’s economy is performing well or not. Go figure!

Interestingly, the same people will never tell us about how Onion prices(consumed by almost every Indian) have gone down and have been pretty much stable. Also how food prices rose by 157% between 2004 and 2013.

Now let’s look at some numbers. Below URLs link to quarterly consolidated results of Lux brand and Page Industries (Jockey brand) which show they almost have the same sales/revenue numbers year-on-year. They are not under loss and instead have booked profits. Although they may not have reached their projected sales targets they are not in bad shape in any way.

As per this report, Rupa is eyeing to increase its revenue to 2,000Cr from the current 1,150Cr in the next three years.

A few days ago we were also told that the Indian economy has slowed down because Indians have reduced eating Parle G biscuits, right after Parle laid off 10,000 employees. A very grave picture was painted on their falling revenues. The reason being, the government, after implementing GST, increased the taxes from 12% to 18%. For a 5Rs Parle-G packet thats an increase from 60Paise to 90Paise[30Paise in all]. In today’s times do we get anything for less than a Rupee? Even the rural economy doesn’t recognize ‘paises’ anymore unlike 20years ago.

However, the short filmy bubble that was created, burst when Parle Products announced its quarterly results soon after! Parle biscuits net profit rose by 15% in FY19 and their revenue was up by 6.4% to Rs 9,030Cr.
https://www.business-standard.com/article/companies/parle-biscuits-net-profit-rises-15-in-fy19-revenue-up-6-4-to-rs-9-030-cr-119101600037_1.html

There is clearly a desperate and deliberate attempt to show that India’s economy is going down & under and directly pin it to the two biggest reforms of independent India, Demonetisation and GST. The blueprint is set – pick a low performing commodity, however insignificant, provide some data before and after demonetisation/GST and conclude that traders are affected, sales are down, in all economy is dying. Who is doing it? Who benefits from this narrative? What are their vested interests? etc are some of the questions Indians need to ask and seek answers.

We hindus have no hindu leader to inspire snd direct us yet. Hindu goal is one make money any way and enjoy life . His religion , nation has no space in his life .