Many months ago, I was waiting to board a train from Orange Train Station in California. The announcer blared on the public address system, ‘the train is arriving momentarily’. The train actually arrived at the platform in quite 3-4 minutes. I was wondering what is that time called momentarily? The announcer was definitely talking of moments. What is the time duration called moment? How long is a moment? Guess, where did I find the answer? In a Hindu text known as Vishnu Purana. Moment in Sanskrit/ Hindi language is known as ‘Kshana’. Hindu Literature and texts that many modern highly educated, progressive, scientific brains, often discard as old, mythical, imaginary, would be shocked to see the depth of thought ingrained in those texts. Sample here the measure of time given in Vishnu Puran, Chapter 3.

There is not only a measure of a moment; there is a measure of 1/48,600th of a moment. With simple multiplication, you may verify from above. ‘Nimesha’ is twinkle of an eye? How many twinkles of an eye make a moment? How much time does a twinkle take? This and much more can be read in quantitative numbers from above.

Why Hindus and many Non- Hindus respect and worship these texts is to express their honest gratitude for providing so minute detailed knowledge. If any so-called modern, progressive, scientific brain, discards these texts as mythical or fantasies, the problem is not of the text or their authors but their own pre-notions or inability to comprehend.
Please look at this depiction:

Why Hindus don’t have a single book? You must get an answer from here. Another answer you may get from this depiction is that the most fundamental of all are Vedas. Further, there are actually four levels or layers of knowledge. Vedas talk of the Creator and the Nature, not individuals or human histories. Other layers talk of individuals, human history, etc. But there is no dimension of life on which guidance has not be provided.

Today you may study most advanced technical courses of study, but without Vedas (knowledge of the origin of all) it is incomplete. Vedas with other technical knowledge develops holistic view of life and planet. The beauty is that Hindu ancient authors (Rishis, Saints and Sages) made the most fundamental knowledge available in the easy to carry, read and learn in the form of ‘Upnishads’ like Bhagvad Gita and even story books. 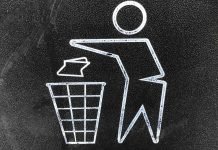