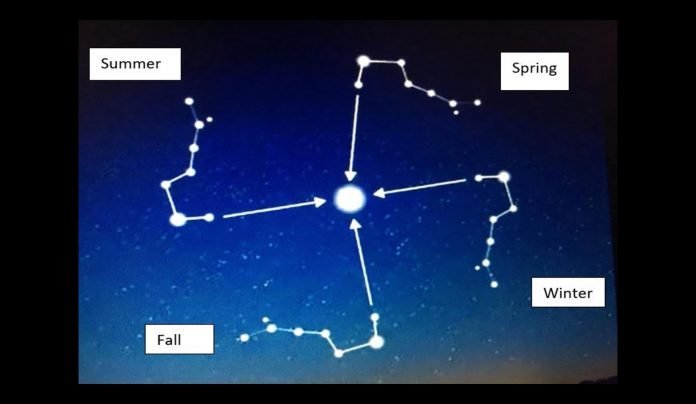 The symbol and name ‘Swastika’ become the subject of unwarranted controversy, time to time. The best that I have read is that Swastika was loved by the whole world before it was corrupted by Nazis by WWII. The experts and scholars hold the opinion that the symbol of Nazis was not swastika. Nikunj Trivedi, President of Coalition of Hindus of North America (CoHNA) wrote,

“It (Swastika) has nothing to do with Hitler’s Hakenkreuz, the symbol that has come to be
wrongfully associated with the sacred Swastika and is the source of confusion for many in the world today.”

This theme became current in my mind because of the news of September 23, 2020 that A small town in upstate New York voted to keep the name Swastika, saying that the town founders named it after the Sanskrit word and not the hate symbol associated with Nazis. The news report further noted that the term swastika is derived from the Sanskrit word
“svastika”, which means “good fortune” according to the United States Memorial Holocaust
Museum. The symbol first appeared about 7,000 years ago, and is considered a sacred symbol in Hinduism, Buddhism, Jainism and other belief systems.

The symbol became popular in Europe in the late 19th century and early 20th century.

Mukti Jain Campion, who has been quite a champion of Swastika, wrote in 2014 “We didn’t know how the symbol dates back so many thousands of years ago. But I think it’s interesting for people to learn that the swastika was not always the symbol of fascism.”

Well, that brings us to the question of origin of Swastika, thousands of years back. Here is an explanation that the stargazers can confirm.

Please see the head photo one more time. That head photo depicts the position of North Star and eight other stars. In the Indian language, North star is known as ‘Dhruv’ and the constellation of eight stars is known as Sapt (seven) rishi (scholars).

The names of these seven stars, starting from the right most, are as follows:

Quite closer to 2nd star (named Vasisht) is the 8th star, given the name of Vasisht’s wife ‘Arundhati’.

What a way to memorize Indian scholars, heritage and civilization!

At another level, it signifies the respect and importance that was given to Rishis (Scholars) in Indian culture and tradition. Today, buildings, universities, airports, roads and other objects are named after leaders to immortalize their names. Indians put the name of their distinguished scholars on the stars.

This is one glimpse of Indian civilization, that is the mother civilization of the world. It predates any or all. Should you like, you may please check it out with, The Story of India ( Episode 1), produced by BBC and narrated by historian,  Michael Wood (2007), free of cost available on internet.

The position of constellation of these stars appear in four different positions moving from  Spring to Summer to Fall to Winter. With the axis of the four positions joined to North Star, those positions form Swastika.

Swastika, the symbol and name for ‘good fortune’ ‘good health’ ‘well- being’; May all the four seasons be healthy for you! May it not be confused with symbol of hate. May people view it as originated, positively, respect nature, revere our scholars and benefit from the positivity.

The author would like to express sincere thanks to Ms Muktha.