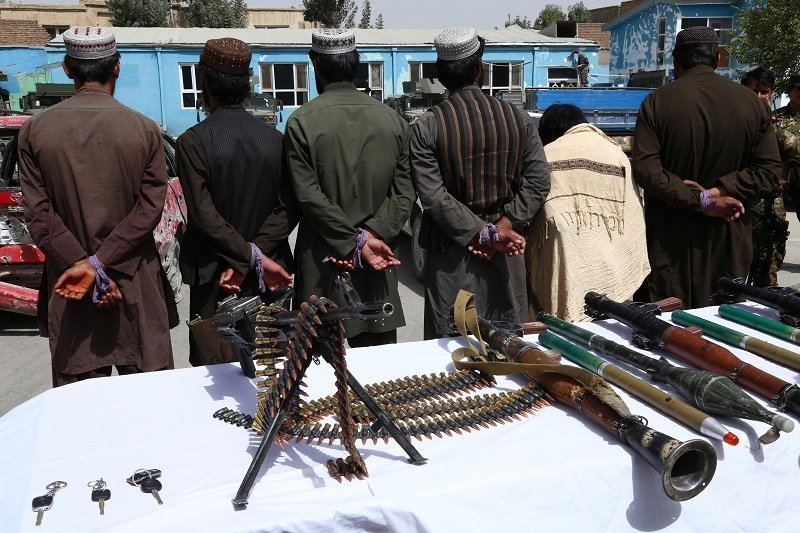 London, April 1 (IANS) An investigation by a leading media outlet has revealed that a network of British Pakistanis stole billions of pounds of public money to fund terrorists.

Tens of millions of pounds of British taxpayers’ money was used to fund terrorists including the 7/7 London bombing network and Osama bin Laden through a UK-based scam that spanned two decades, the media reported on Sunday.

A two-year investigation by The Sunday Times revealed the network stole billions of pounds of public money through VAT and benefit fraud, topping up their gains with mortgage and credit card fraud, The Telegraph reported.

One per cent on the group’s gains, 80 million pounds, was allegedly funnelled into Al-Qaeda in Pakistan and Afghanistan, with funds reaching the Pakistani compound stormed by US special forces in the 2011 operation to kill Bin Laden.

The scale of the scam is breathtaking: the group netted around 8 billion pounds in public funds alone — almost triple the annual government expenditure on MI5, MI6 and GCHQ.

A web of secrecy still binds this investigation, which was led by HM Revenue & Customs (HMRC) and Special Branch, and prevents the story from being told in full.

At least two years before the 7/7 attacks, HMRC identified ties between the gang defrauding the British public and Shehzad Tanweer, one of the terrorists involved. At the time, senior HMRC officials declined to use their intelligence to mount prosecutions and neutralise the gang.

Court orders barring the identification of gang members convicted of fraud date back at least 10 years, and one customs official has claimed they were prevented from sharing intelligence with MI5 due to HMRC’s desire to keep tax records confidential.

Following the money led investigators to successfully charge mid-ranking gang members with fraud and money laundering, leading to jail terms of more than 100 years for crimes that cost the taxpayer 100 million pounds.

So far, no gang member has faced any terror charges.

The scam’s size, its deep ties to terrorism and the secrecy that has cloaked it have prompted Meg Hillier, chairwoman of the public accounts committee, to consider launching a parliamentary inquiry and to vow to question Mark Sedwill, the cabinet secretary and national security adviser to the prime minister, on Monday.

The paucity of reporting on the case is understood to be a result of officials’ intentions to ensnare gang leaders in their investigation. Various kingpins have fled the UK since the first trial, before they could be arrested.

According to the Crown Prosecution Service (CPS), nothing can be reported until they return to the UK to face trial — a condition that has some members of the legal community are crying foul. The CPS declined to comment further on Sunday night.

An HMRC spokesperson told the Daily Telegraph: “HMRC does and always has passed information (within minutes if necessary) to other law enforcement agencies and the intelligence services when dealing with serious crime or terrorism — taxpayer confidentiality doesn’t come into it.

“HMRC takes its critical role in the fight against serious organised crime and terrorism very seriously. We work side-by-side with the intelligence services, law enforcement partners, and across Government, to break up criminal gangs and disrupt terror funding.”

OPINION: If There is Nothing Free: What are Stimulus and Relief Payments?